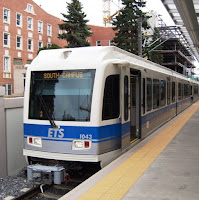 The magnitude of these vibrations can vary from being imperceptible, to causing a minor nuisance, to possibly even causing extreme damage. Generally speaking, the main factors to consider are the strength of the source vibrations, duration of exposure, distance from the source, type and condition of the affected building, and the local soil type. Our building stock and infrastructure are aging. More and more there will be a need to carry out construction activities near these aging buildings. Consequently, there will likely be a rise in the number of complaints, and insurance claims, due to construction-induced ground vibrations in the future.

Ground vibrations are typically quantified in terms of Peak Particle Velocity (PPV), usually expressed in millimetres per second (mm/s) or inches per second (in/sec). Stronger vibrations have a higher PPV. Vibrations can damage buildings directly as a result of the movement in the walls or floors, or the damage can be indirect as a result of soil movements that were caused by the vibrations. In Canada, there is no national standard for ground vibrations, but standards from other countries generally agree that ground vibrations should be limited to 5 mm/s to prevent direct damage to small residential buildings. This 5 mm/s threshold is based on empirical data and probabilities. The threshold is intended to ensure there is a very low risk of cosmetic cracking in drywall, plaster, and old unreinforced masonry. There is no guarantee that damage cannot occur at lower levels, but that would be very rare. There's also no guarantee that exceeding the 5 mm/s threshold will cause damage to a building. In fact, most buildings can tolerate stronger vibrations, especially buildings that are well-constructed, in good condition, and/or are only briefly exposed to the vibration.

Whether or not an activity will exceed a vibration threshold depends on the distance from the source, local soils, and the strength of the source vibrations. Weak and soft soils are good at dissipating vibrations, while hard soils or rock can transmit vibrations a long way. Just think of how you would feel the vibrations in your hands if you swung a steel pipe at concrete wall as hard as you could, and how different your hands would feel if you swung a pillow instead. But remember, the 5 mm/s threshold is for direct damage to the building, so it might not be applicable if the building sits on a soil that is susceptible to vibrations, making the building vulnerable to indirect damage.

Susceptibility to indirect damage depends on the local soil and the duration of exposure to vibrations. Susceptible soils include sand, gravel, and some fine-grained soils known as loess. These soils can be consolidated by vibrations, which can in turn result in foundation movement and cracking. Imagine the particles in a loosely compacted sand are like a house of cards. The vibration makes the particles move around and fall into a more compact configuration, like when a house of cards collapses. The amount of consolidation that can take place depends on how well these soils were compacted beforehand and how long they're exposed to the vibrations. There are no standards limiting vibrations to prevent soil consolidation because more research into the problem is needed. However, most vibration standards at least recognize that problems can occur with loose granular soils and recommend that a geotechnical engineer be consulted. Limited available empirical data on damage caused by vibration-induced soil consolidation shows that some buildings in loess soils have been damaged at vibration levels below 1 mm/s. Therefore, both the soil characteristics and the ground vibrations need to be considered together when investigating vibration damage.

Building occupants are typically much more sensitive to vibrations than the structures themselves. Vibrations of just 0.3 mm/s could be sufficient to disturb some homeowners and vibrations of about 1 mm/s are likely to cause complaints. A vibratory roller compactor working in an area with hard soils might cause complaints more than 400 feet away! Therefore, the sensitivity of the occupants is frequently an issue with vibration damage claims. Often, when building owners perceive nuisance vibrations they go looking for damage afterwards. They then find a number of cracks that they hadn't ever paid any attention to before. In many cases, most or all of the damage reported was actually pre-existing.

Cracking caused by ground vibrations may be indistinguishable from other common types of damage, like cracking from thermal and moisture movements or small foundation settlements. Therefore, a vibration damage investigation involves a lot more than a visual examination. Additional information needs to be considered, including the local soil conditions, type of building involved, general condition of the building, and the duration, frequency, and source location of the vibrations. Documentation of pre-existing conditions can be the most valuable information for an investigation.

If you look hard enough, you'll find cracks in any house. If you're a homeowner, it's a good idea to looking for cracks once in a while and document them with photos. You should also do this as soon as you see any major construction work going on nearby. That way, if damage does occur, you will have some documentation of existing conditions from when the construction work started. That record of pre-existing conditions will help in determining the extent of the damages.

If you're a contractor, the best way to prevent complaints is to inform nearby property owners about the ground vibrations they can expect and to conduct pre-construction surveys to document any existing cracks. Nuisance vibrations are more tolerable when they are expected, and if you do the pre-construction survey then owners won't be discovering pre-existing cracks while the construction work is going on. And if damage does occur, that record of pre-existing conditions will help limit the costs to just the vibration damage.